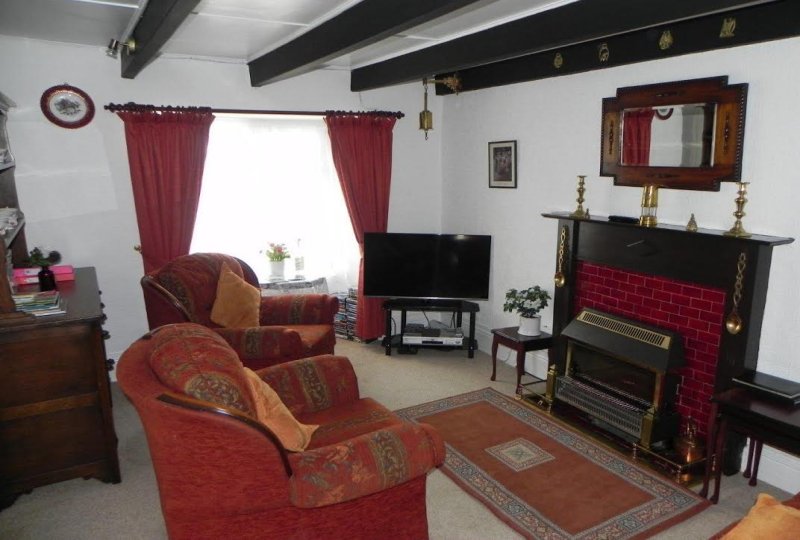 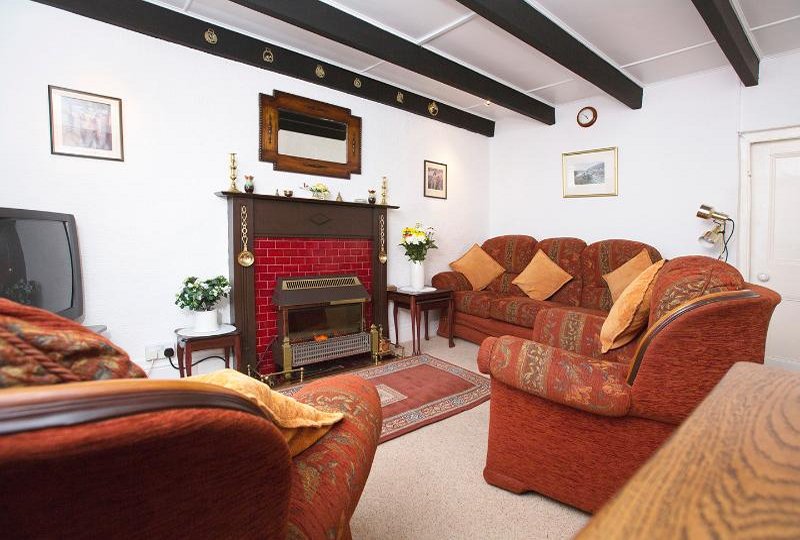 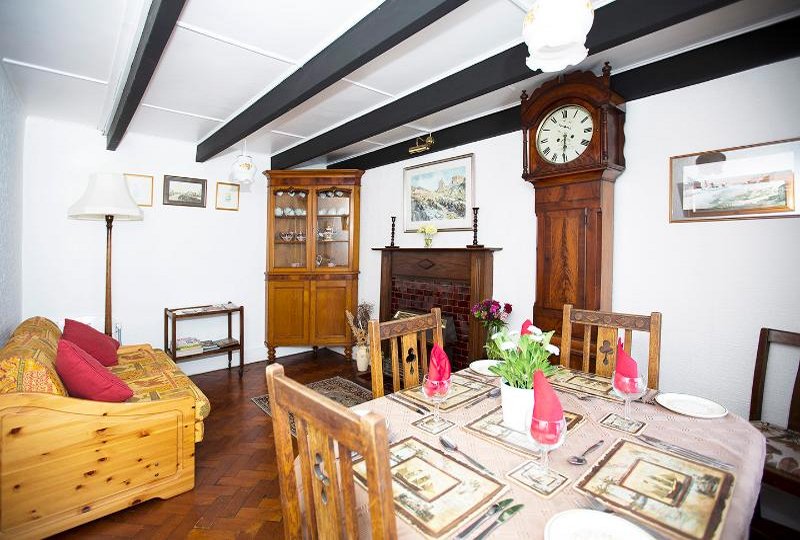 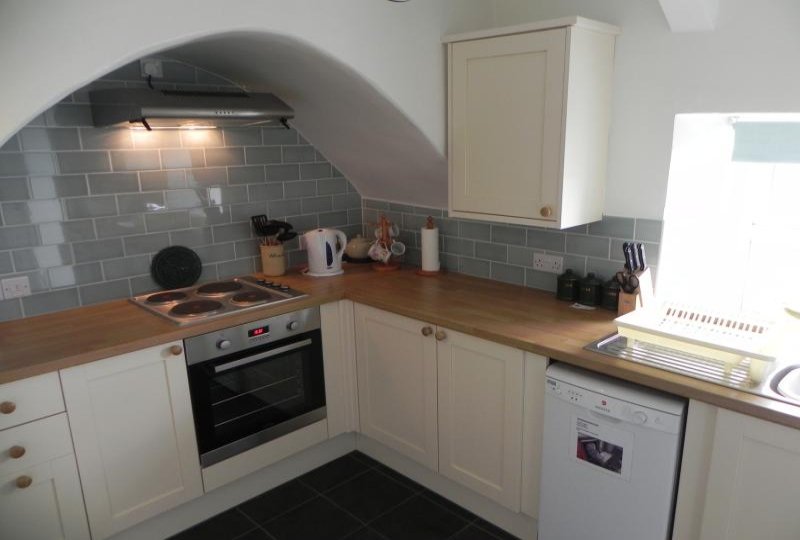 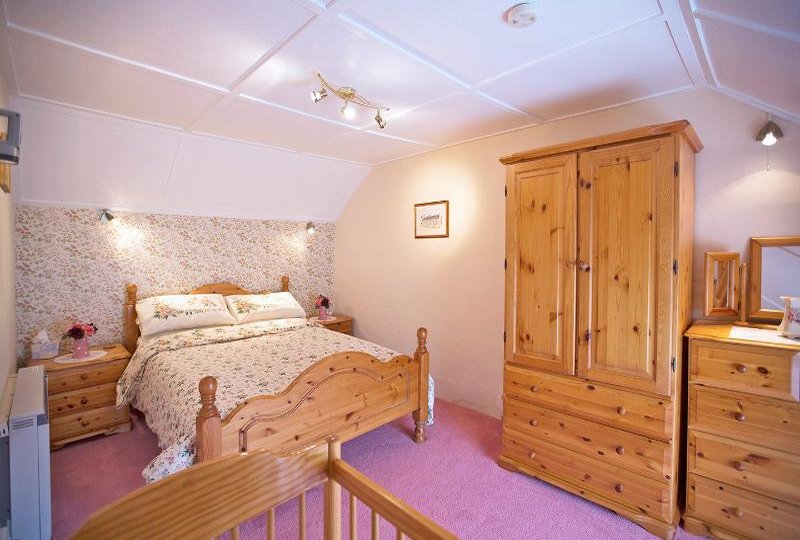 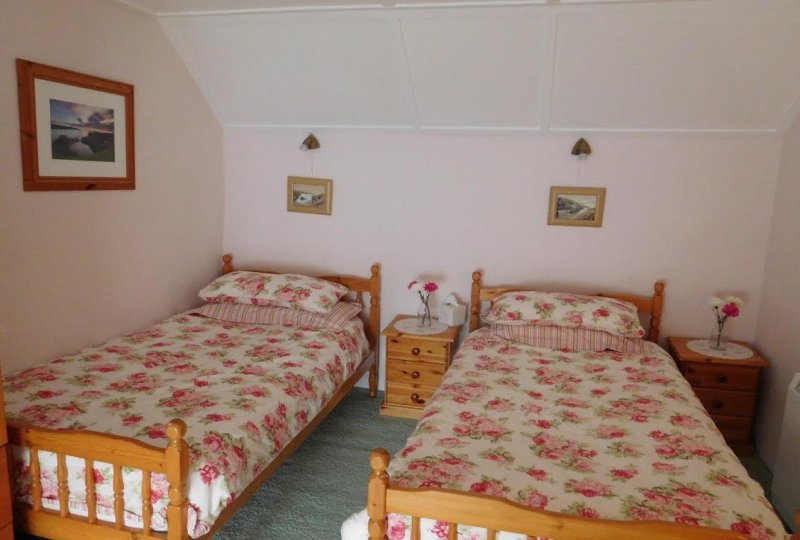 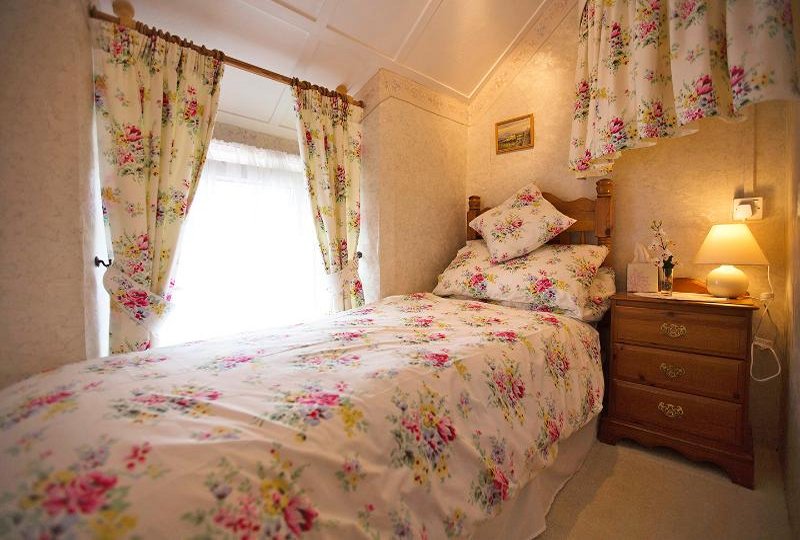 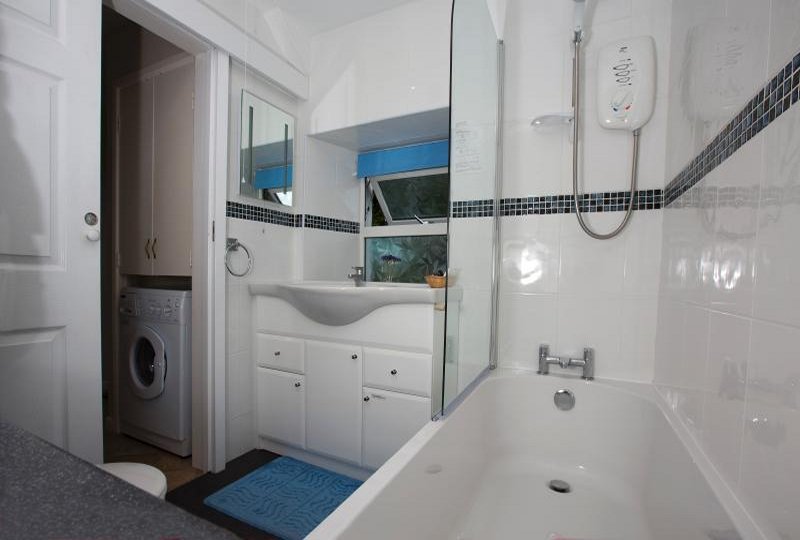 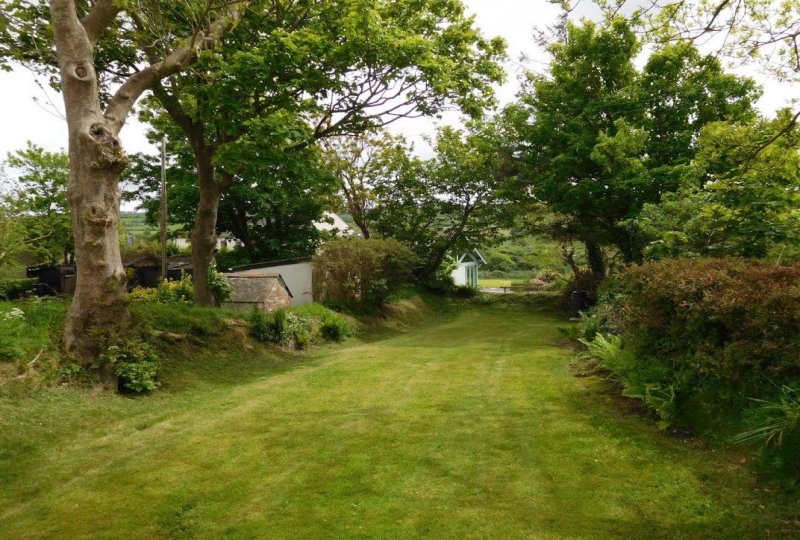 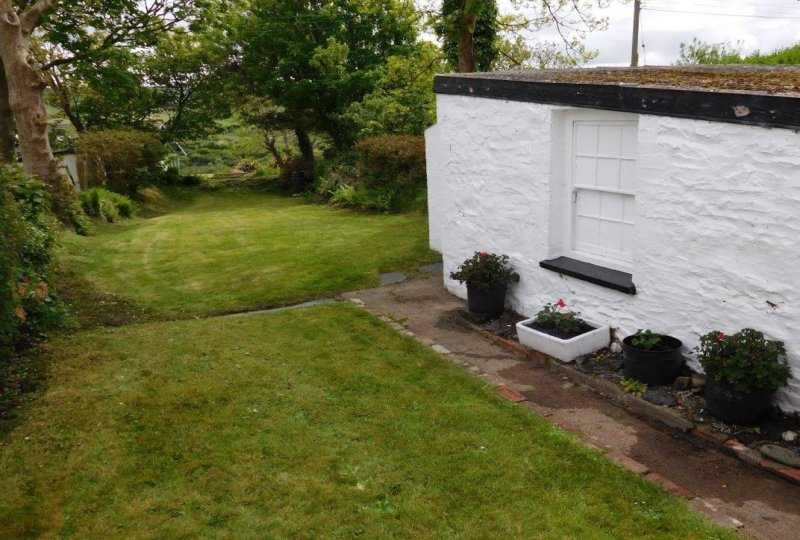 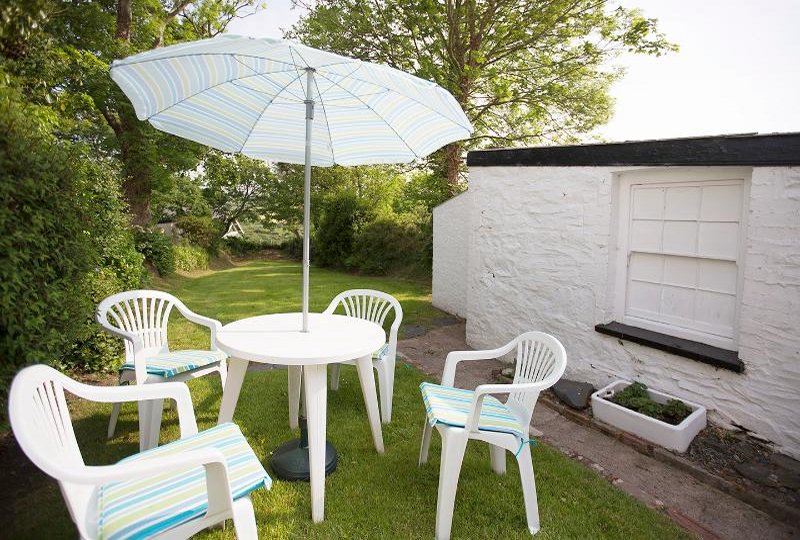 The cottage is welcoming and very well cared for, with a large south facing and enclosed lawned garden to the rear of the property. Brynteg will sleep five people. There are three bedrooms: one double room with cot, one twin room and one box bedroom with 2' 6" wide single bed more suited to a minor. The cottage is doubled glazed and heated throughout by Economy 7 electric storage heaters. Regretfully pets are not accepted at the property.

Brynteg has been awarded Certificate of Excellence for 2017, 2018 & 2019 on TripAdvisor.
Trefin is on the coast road halfway between Fishguard and the Cathedral City of St Davids. The village is situated between the bays of Aberfelin and Abercastle, and several paths lead from the village onto the Pembrokeshire Coastal Path.

On the edge of Trefin on the west side is the small low tide beach of Aber-Felin. It is rugged and typical of the North Pembrokeshire coast, but there are many sandy beaches within easy reach. The path down to the beach passes a ruined mill complete with mill stones.

The road opposite the cottage leads directly onto the Pembrokeshire Coastal Path which covers almost every kind of maritime landscape from rugged clifftops and sheltered coves to wide open beaches and winding estuaries.

The Coast Path walking in either direction is superb. This is the Pembrokeshire Coast National Park at its best. Walk west to Porthgain, The Blue Lagoon and Abereiddi. Walk east to Abercastle, Aber Mawr, Pwll Deri and Strumble Head.

During the spring and early summer the path displays an array of wild coastal flowers, and there is a wealth of bird life. Colonies of seabirds nest along the cliffs, and a huge variety of European seabirds are supported by the uninhabited offshore islands that act as bird sanctuaries, such as Skomer, Skokholm and Ramsey Island. Seals, porpoises and dolphins can often be spotted. 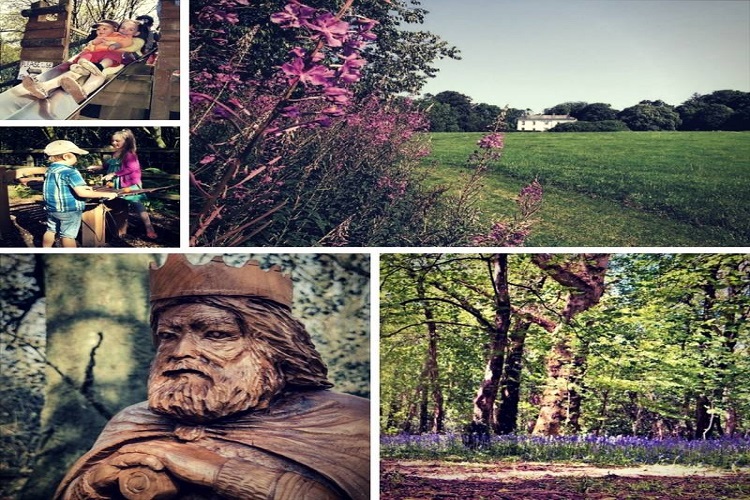 Discover a day with a difference at Scolton Manor, Bethlehem. Theres room to roam and rooms to roam inside and out at this all-weather attraction. Take a walk on the w...

Ian is the Discover Walking Pembrokeshire Guide. He can offer you a variety of walking and sightseeing packages tailored exclusively to meet your requirements and deli... 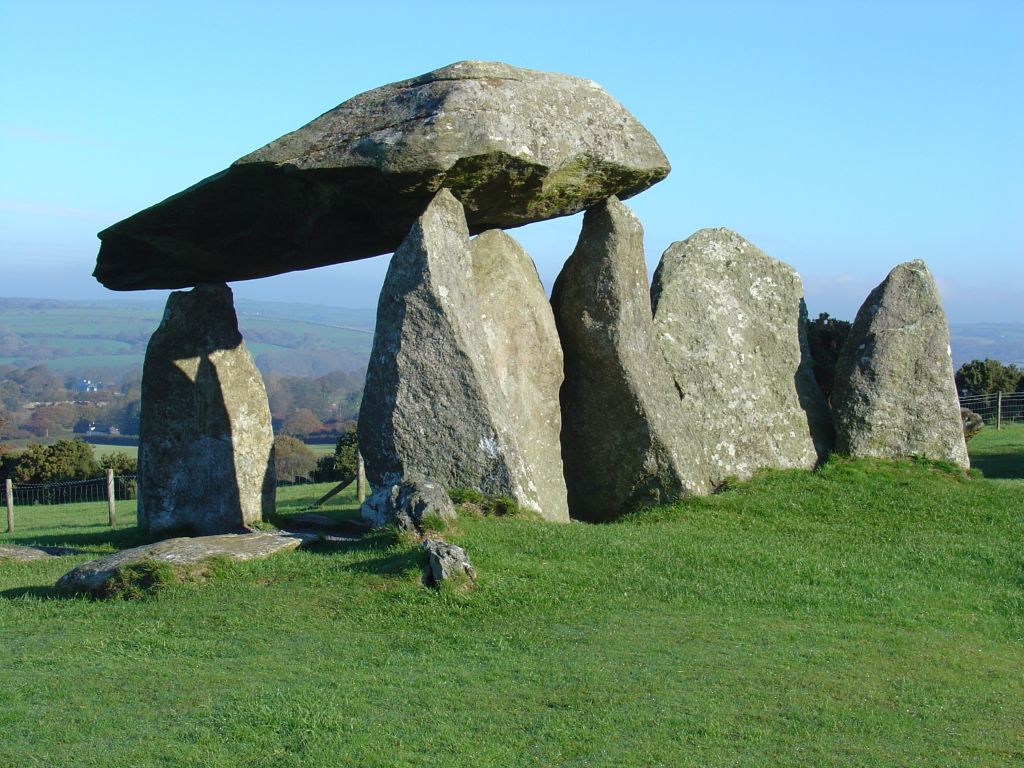 The Pembrokeshire Coast National Park was designated in 1952 and is one of three National Parks in Wales. The others are the Brecon Beacons and Snowdonia. The Park is ...

The ultimate feel-good festival The Big Retreat, Lawrenny is back from 24th - 27th May 2019. Set in the heart of the stunning Pembrokeshire Coast National Park, The Bi...